Highlander Announces New Co-Executive Directors! With great excitement and anticipation, the Highlander Research and Education Center Board of Directors and staff are pleased to announce that Ash-Lee Woodard Henderson and Rev. Allyn Maxfield-Steele will serve as Highlander’s Co-Executive Directors. This is an historic moment for Highlander to celebrate. In its 85th year of movement building in the South and Appalachia, Ash-Lee is the first Black woman to serve as Executive Director. Highlander also made a strategic decision in this urgent political climate to move to a co-director model of leadership. “The selection of Ash-Lee and Allyn demonstrates Highlander’s commitment […]

Year-End Message from your friends at Highlander

Dear friend, Recently we came across the following in a 1991 New York Times editorial by Peter Applebome about the passing of Highlander founder Myles Horton: “[Myles Horton] left behind an institution that is not only alive but also remains one of the most stubbornly tenacious instruments for social change in the nation.” “Stubbornly tenacious for social change.” We’ll take that, won’t you? It was stubborn tenacity that helped drive the vision to launch Highlander during the Great Depression in 1932, and more, make a go of it in those early lean and challenging years. And it’s been one decade […] 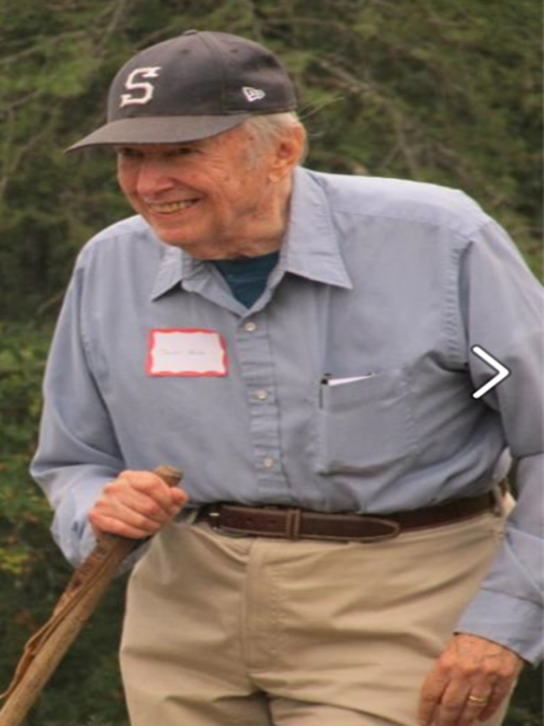 The Highlander Center salutes the life and service of Scott Bates (June 13, 1923-August 25, 2013) Mr. Bates was born in Evanston Illinois. His development was illustrated through many major events in the 20th Century. As a child, he grew up during the Great Depression and completed military service during World War II.  While on his stint in the war, he witnessed the horrors of the Holocaust in Dachau, Germany and had the daunting task of educating the locals about the concentration camps there. He returned from the war in 1946 to complete his undergraduate degree at Carleton College in […]

Plan to be on the Hill for Highlander’s annual gathering, this September 21 and 22! We’re honored that Grace Lee Boggs, longtime author and activist who just turned 98, will be joining us as the guest of honor to explore this year’s theme: Resistance and Alternatives to the Economic Clock of the World. The weekend will include a large town hall type discussion of the theme as well as a showing of American Revolutionary, a new documentary about Boggs’s life and work, reunions, group discussions, a Children’s Program, author-activist discussions, cultural performances, film, music, food, and, of course, reflections and […]

Join Highlander at a fundraising house party with hors d’oeuvres to celebrate eight decades of Highlander’s legacy for justice and support the critical work of today and in the future.

As one part of analyzing the long term effects of Highlander’s work, Highlander is conducting a 13-question through Survey Monkey entitled “2013 Highlander Education Impact Survey.” If you have received a link to this survey, please take a few minutes to fill it out. If you haven’t received the link to the survey and would like to participate, please send your email address to hrec@highlandercenter.org. Your feedback on your experiences with Highlander’s methodologies and programs l helps us see the rippling influence of Highlander’s work, what we’re doing right, and what we can do differently to help those ripples widen […]

On The Hill and Across the South: SEIRN Works for Immigrant Rights

In January, Highlander hosted and participated in a strategy session for the Southeast Immigrant Rights Network (SEIRN), which brought together representatives from statewide immigrant coalitions, grassroots groups, and regional partners to connect its members with campaigns around immigration reform. In addition to discussing the prospects for national immigration reform, the group focused its strategy on what to expect on the state and local levels and how its members could collaborate and support one another in those battleswhile keeping the voices and experiences of local grassroots groups central to the movement and strategy. SEIRN’s Regional Coordinator Mónica Hernández notes that the […] 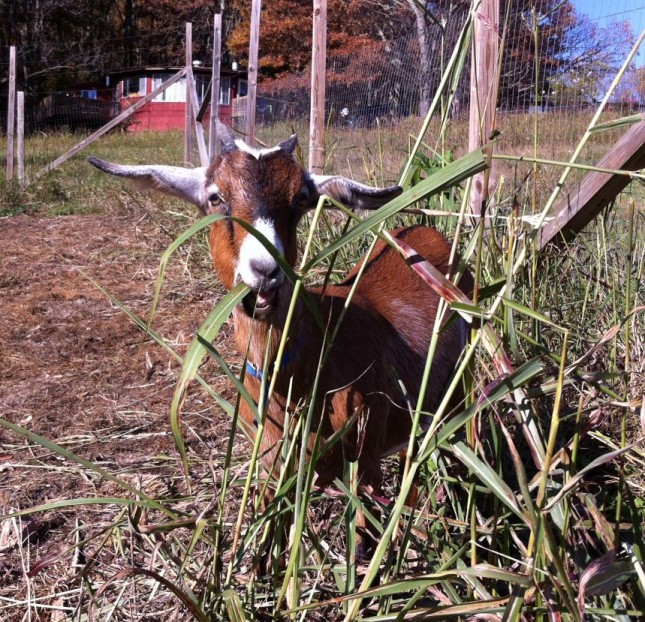 There are some big improvements afoot here on the Hill, starting with new roofs for the Office, Bays Mountain House, the Pavilion, and our beloved Horton House. These roofs were badly needed after severe storms in spring 2011 damaged the existing ones. Thanks to David Lowe’s Roofing for getting them up so quickly! More renovations are on their way thanks to the Generations to Come Capital Campaign, which will make our existing buildings more sustainable, allow for more visitors while keeping workshop sizes intimate, and establish a new lodge and the Septima Clark Learning Center. You can find out more […] 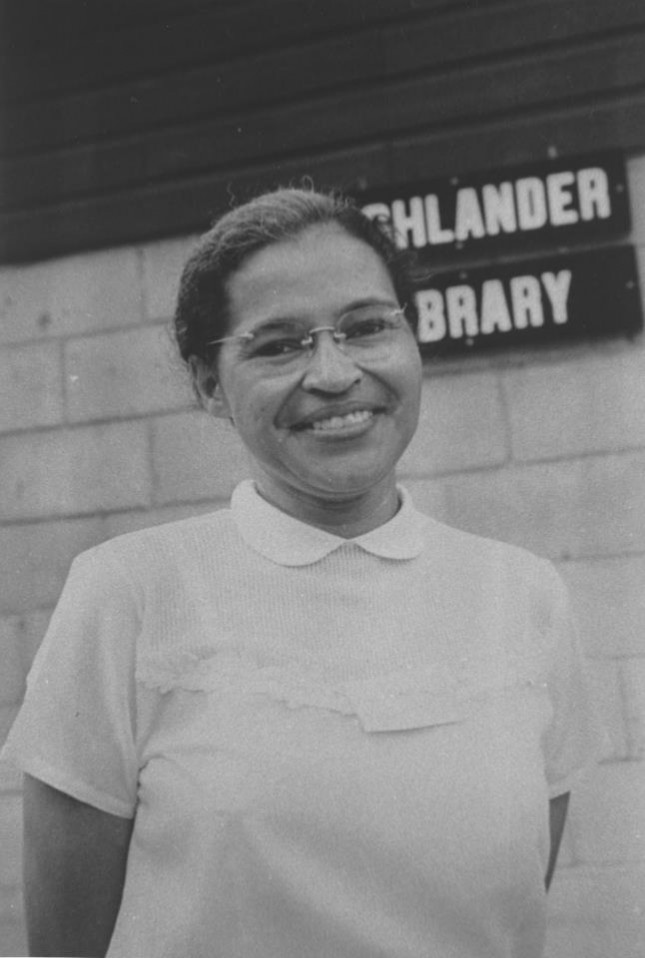 Monday, February 4th would have been Rosa Parks’ 100th birthday. The story of Mrs. Parks’ refusal to move to the back of the bus is well known, but thanks to a new book by Brooklyn College professor Jeanne Theoharis, The Rebellious Life of Mrs. Rosa Parks, much of the coverage of her centennial has focused on her lifelong activism, including her membership in the NAACP and her time at Highlander. On Sunday, February 3rd, popular MSNBC host Melissa Perry interviewed Dr. Theoharis, and the segment featured a number of photos provided by the Highlander Archives, including a photo of Mrs. […] 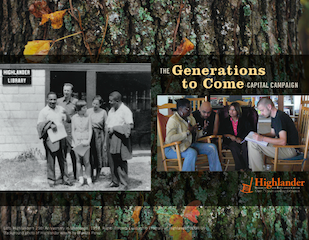 A progress report on Highlander Research and Education Center’s Generations To Come Capital Campaign. Learn more about Generations to Come by clicking here.