Women Coming Together for Worker Justice

Highlander has worked recently with a number of different groups organizing for worker justice. In April, we led a leadership workshop for the Tennessee Education Association to help teachers from Chattanooga and rural counties in Middle Tennessee share information about how to approach the loss of their collective bargaining rights, which the state stripped from them in 2011. With Jobs with Justice, we’ve been putting together a timeline history of Southern women in the Labor movement, and we’ve worked with the Oak Ridge chapter to develop a workshop on the same topic. In May, we hosted the Teamster women’s, ‘We […]

Highlander stands in solidarity and support with biologist Sandra Steingraber and other activists in Watkins Glen, New York, who served 10-day jail terms after they blocked the entrance to Inergy LP’s property at Seneca Lake. The activists were protesting the company’s plans to use its abandoned salt mines underneath the lake for storage of natural gas obtained by fracking. Engineers deemed these caverns unusable ten years ago, and they are similar to the caverns which collapsed in Belle Rose, Louisiana last August, causing a 14-acre sinkhole which has polluted both ground and surface water and forced the community to evacuate. […] 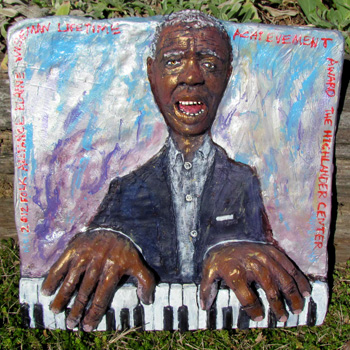 Along with legendary singers, Harry Belafonte and the late Robert Johnson, the Highlander Research and Education Center was recently honored as a recipient of the International Folk Alliance Elaine Weissman Lifetime Achievement Award. Pam McMichael, Highlander Director, attended the 24th Annual International Folk Alliance Conference in February in Memphis to accept the prestigious award on Highlander’s behalf. The Folk Alliance International exists to foster and promote traditional, contemporary, and multicultural folk music, dance, and related performing arts and seeks to strengthen and advance organizational and individual initiatives in folk music and dance through education, networking, advocacy, and professional and field […]