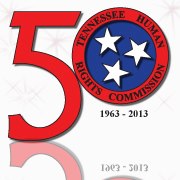 We’re excited to announce that this February, the Tennessee Human Rights Commission will honor Highlander Research and Education Center as one of its 50th Anniversary Civil Rights Advocate award recipients. This recognition is being given to individuals and organizations who have made powerful impacts on their local communities and the state of Tennessee.

The honor will be given on Tuesday, February 5, 2013, at the Tennessee Human Rights Commission’s 50th Anniversary Reception, from 6:00 pm to 7:30 pm at Beck Cultural Center in Knoxville. If you’d like to attend, please RSVP by emailing Andre Canty at andre@HighlanderCenter.org. We would love for all of Highlander’s friends to be there with us.

Although the relationship between Highlander and the state of Tennessee has not always been a particularly friendly one, with state and county officials raiding Highlander Folk School and, in 1961, revoking its charter and seizing its land, we are proud that even in those difficult times there were people working within the government to resist discrimination and inequity, so that only a few years later, in 1963, Governor Frank G. Clement created the Tennessee Human Rights Commission to fight inequality in our state’s public life.
In a year that will see the fiftieth anniversary of so many Civil Rights milestones—from the murder of four innocent girls in the bombing of Sixteenth Street Baptist Church in Birmingham to the March of Washington and Martin Luther King’s rousing and resounding “I Have A Dream Speech” on the steps of the Lincoln Memorial—Highlander is thrilled and humbled to be the recipient of this award, and to be a small part of that history. We celebrate the Tennessee Human Rights Commission, its work for equality, and we honor their work and the work of all the others who gave their time and their lives to change the South, who made it a place where awards like this one could be given.