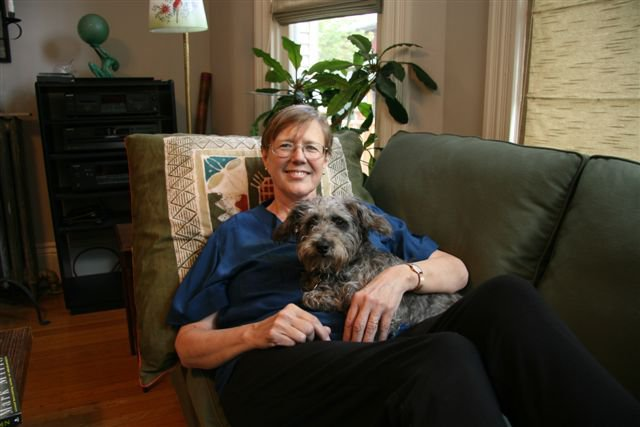 My heart goes out to Peggy, her brother John, other members of Jean’s family, and to those of us who thought of ourselves as part of her movement family, both gathered here and in spirit.

My name is Pam McMichael and I am the Director of the Highlander Center.

I first met Jean over a couple of decades ago when I was a founding co-director of Southerners on New Ground. Without food or water, I think I could have listened to her talk about the right wing for five straight days. SONG was a new organization then, founded by Black and white southern lesbians doing vision based organizing to thwart the dangerous divisive tactics of the right. Jean was a stalwart supporter of SONG and a great resource.

In 2005, I became the director of Highlander, and Jean was a member of the Board of Directors that hired me. The right wing still likes to kick up its heels sometimes in its physical harassment of Highlander and we were getting some of that then as backlash to Highlander’s immigration work among other things. As with my tenure at SONG, Jean was a great friend and wise counsel.

Her board involvement was a big commitment physically for her to travel to Highlander twice a year for six years.

One of the people to serve on Highlander’s board with Jean is a woman from North Carolina named Jereann King. At Jereann’s first board meeting, she brought quilting to work on during the meeting. She was not piecing a quilt, she had the full quilt top done with batting and the bottom and was hand quilting. Jean was captivated by it, mesmerized by it, loved it, and wanted one. So Jereann made her one, giving it to her at Jean’s last Highlander board meeting. The look of joy on Jean’s face around that whole quilt experience is one of the memories I will always carry with me.

As it turns out, Jean and Jereann, white northern-based and black southerner, became co-chairs of a board staff committee that shepherded Highlander’s year long strategic planning process. That involved even more travel to Highlander for special sessions and more commitment of time beyond travel. I was thankful to get to work closely with her on that strategic planning, and as was her way, leading that process with grace and insight and humor and directness and vision.

The last time I saw Jean we had dinner at the Elephant Walk restaurant in Cambridge last November. The month of November was precarious for Jean and despite uncertainty of her own mortality, she was inquisitive … about Highlander, about me and my life, how was I doing, what did I think about this current movement moment. It was humbling.

We all have many beautiful images of Jean in the many facets of her incredible life. For those of us who served with her as staff and board during her years on the Highlander board, in those meetings in east Tennessee, our memories will always include her in one of those Highlander rocking chairs, with that sweet smile and huge intellect and sense of humor and sharp analysis; of a northern based friend who got the south and who loved Southerners; who wrote about why the south was important politically and who honored southern movements with her time, energy and generosity, who saw the south and the people in it as a strategic place to learn from.