We know her now as one of the key figures of the Civil Rights Movement. A woman who was a force of nature that shifted the conversation about race and contributed to the progress we benefit today. On this day, December 1 in 1955, Rosa Parks’ refusal to get up from her seat in Montgomery, Alabama galvanized those already fighting for social justice and inspired others to join in. The story mostly told is one of a meek woman who suddenly grew tired of bus segregation and at that moment, made her move. It is true that she grew tired of segregation, but Miss Rosa was a well-seasoned activist with involvement with the local NAACP since the 1940s. She was a determined leader and organizer and involved herself in the movement after that day. 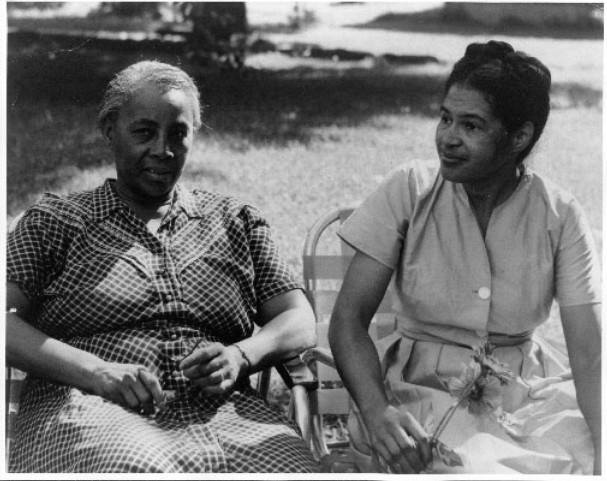 She came to Highlander several months prior in a desegregation workshop led by Septima Clark, organizer of the Citizenship Schools and considered the grandmother of the Civil Rights Movement. Thought most would know define her legacy with one action, Rosa’s story was one of life-long dedication and tireless work. She challenged the law of the land and her rebellion worked for the betterment of the nation. Rosa is in all of us in the current movement. Her spirit is with the people working day to day for liberation and that’s how we honor Miss Rosa. 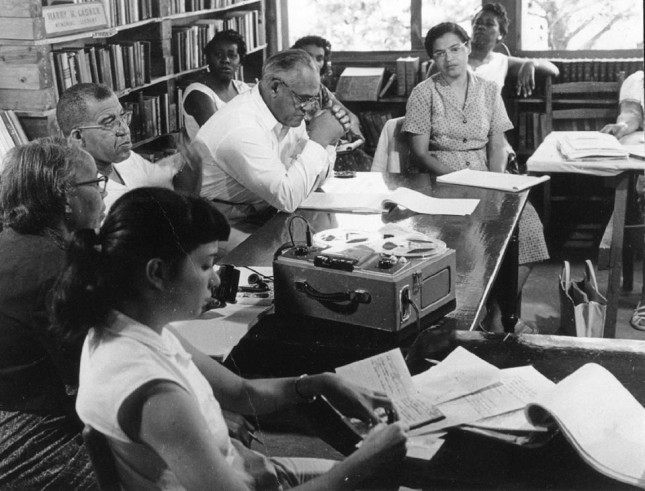 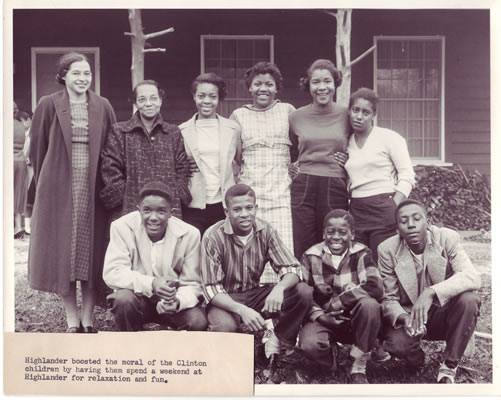 Rosa Parks with the Clinton 12 at Highlander

Friend of Highlander, Dr. Jeanne Theoharis wrote a piece based on some of the newly-opened Rosa Parks papers at the Library of Congress to center her ‘life history of being rebellious’: https://www.washingtonpost.com/posteverything/wp/2015/12/01/how-history-got-the-rosa-parks-story-wrong/

Dr. Theoharis and Say Burgin (University of Leeds) also wrote a piece to highlight 10 ways to teach her differently: http://www.thenation.com/article/10-myths-about-rosa-parks/ 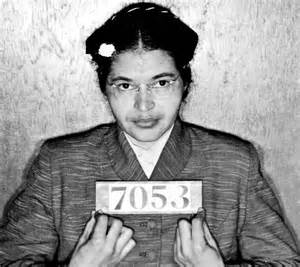