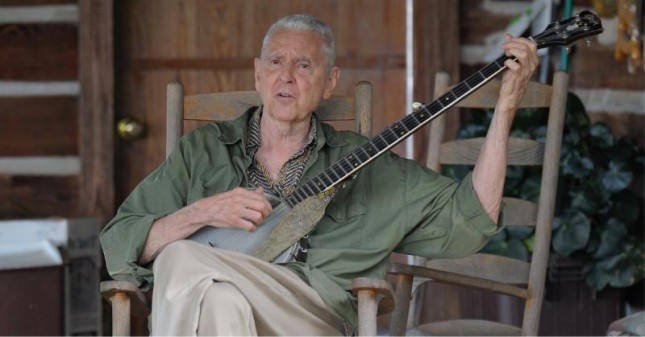 Guy Carawan, singer, folklorist, civil rights and social justice activist, and beloved part of the Highlander family, passed away peacefully at his home in East Tennessee on Saturday, May 2, 2015. He was 87. Our hearts are heavy with grief at his passing and full of deep respect and appreciation for a life well-lived for justice. Our thoughts are especially with his wife Candie, the love of his life and his life-time work partner, his children Heather and Evan, and their families.

Guy was noted for his great joy in singing, sharing and teaching songs. He played banjo, guitar and hammered dulcimer, and he and Candie worked tirelessly to document the stories, music and culture of southern communities and movements struggling for justice in order to amplify their voices and help them reach a wider audience. The results of these efforts can be found in the books and records Guy and Candie created together, including
Ain’t You Got a Right to the Tree of Life?: The People of John’s Island; “Sing for Freedom: the Story of the Civil Rights Movement Through its Songs”; and
Voices from the Mountains: The People of Appalachia – Their Faces, Their Words, Their Songs. 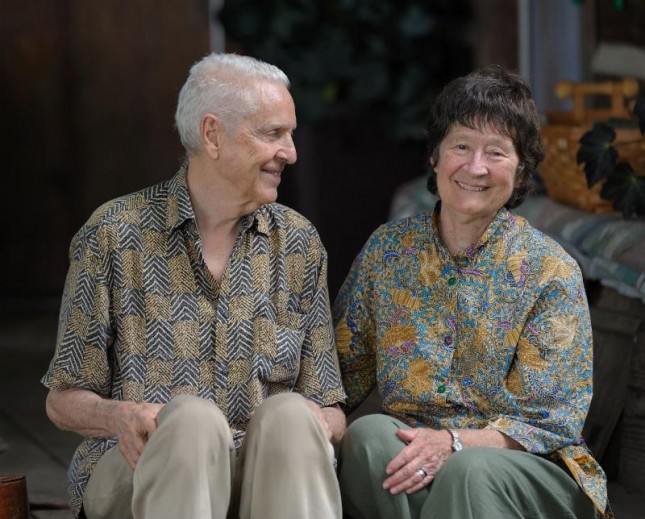 Guy and Candie at home in 2009.
Photo and masthead by Dan MacDonald.

Guy’s history with Highlander was decades long. He first came south and visited Highlander, known then as the Highlander Folk School, in 1953 with Ramblin’ Jack Elliot and Frank Hamilton. At the recommendation of Pete Seeger, he returned in 1959 as the music director, filling a void after Zilphia Horton’s untimely death.

Guy had many stories of his years at Highlander. One of his first jobs was serving as Septima Clark’s driver as she moved around the South in her work on the Citizenship Schools. Guy liked to tell the story of living on Johns Island, off the coast of South Carolina, working with Septima, Bernice Robinson and others organizing the first Citizenship School. One day while he was singing “Keep Your Hand on the Plow,” he was told by Alice Wine, a local resident, “Young man, we have another way of singing that song. We sing, ‘keep your eyes on the prize.'” Guy liked the sound of that, and he helped spread “Keep Your Eyes on the Prize” to activists throughout the South. He also helped facilitate singers from Johns Island being invited to perform at the Newport and Smithsonian Folk Festivals.

While Guy was leading the music program at Highlander, he also helped spread another song: “We Shall Overcome.” Sung as “I Will Overcome” at the turn of the century in many African American Baptist and Methodist congregations, this song was brought to Highlander in the 1940s by South Carolina tobacco workers who had adapted it as a labor song. They taught it to Zilphia Horton, who then included it in all of her Highlander workshops. With Pete Seeger and others, the song went through further evolution, and after Guy came to Highlander he continued singing and sharing it – teaching it during a 1960 Highlander workshop with Nashville sit-in leaders. A couple of weeks later, on April 15, 1960, Guy closed the first organizing meeting of the Student Nonviolent Coordinating Committee with the song, and everyone in the room rose from their seats, singing and reaching out to join hands. In this way, the signature song of the Civil Rights movement was born.

Among the participants in that 1960 spring Highlander workshop was Candie Anderson, an exchange student at Fisk University and one of the first white people to become involved in the sit-in movement. A year later they married.

Guy was in the Highlander Library the night Grundy County sheriffs raided Highlander in a state-supported effort to stop its work for integration and civil rights. He was one of four people arrested that night. Guy especially liked to remember how, as they sat in the dark singing songs to keep their spirits up while the sheriffs searched Highlander’s facilities, a young woman from the Montgomery Movement Association, Mary Ethel Dozier, added a new verse to “We Shall Overcome”. She sang, “We are not afraid, we are not afraid today…”

Following the Civil Rights Movement, Highlander’s focus shifted to Appalachia, and together with local activists and others on the Highlander staff, Guy and Candie played a critical role in helping to nurture social, economic, and environmental justice efforts in the mountains. They also helped spark a renewed interest in traditional Appalachian music and culture and fostered a new generation of musicians who are still working for justice today. As Sue Massek, a founding member of the Reel World String Band and a participant in many of these programs, puts it, she and others came to Highlander “to be rejuvenated, inspired, and empowered by the mentors who guided us there.”

Guy and Candie served on the Highlander staff until Guy’s retirement in the late 1980s and Candie’s in 1999. After retirement, they continued to be Highlander neighbors, generously and graciously responding to the many requests by groups and visitors to meet with them and great support to Highlander staff and board. Always on the cutting edge, they were early allies as well in the movements for immigrant and refugee rights and lesbigaytrans equality. They remained active in local and regional social justice efforts until Guy’s health declined in the last few years.

Beyond his accomplishments, we will always remember Guy’s kindness and generosity, the way music and beauty just shone out him, and the way he selflessly shared those things with all of us, singing and humming and strumming, even in his final months. As we have shared the news of his passing over the weekend, we have been struck by the comments from people, across race and generation, who speak to the profound influence Guy was on their lives.

Groups that visit Highlander know that here on the hill we still sing. We stand in that circle of rocking chairs, cross our arms, link our hands, and sing the songs that so many have sung before us – and at the same time we learn and teach new songs from new communities struggling for justice – sharing old and new alike in an ongoing chain of support and inspiration. This is Guy’s legacy. We will continue singing, and we will think of him when we do.

Plans for a small memorial service for Guy are being discussed by his family. Highlander will also have a special memorial tribute for him in the coming weeks. We will be back in touch with you very soon about that. For now, Candie suggests that people sing.

Rest in peace and power, Guy Carawan. We will miss you. 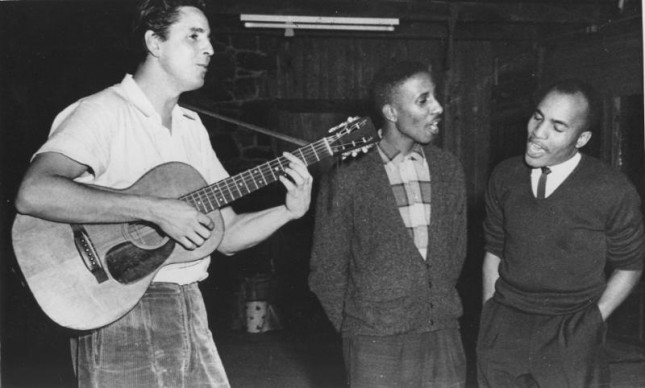 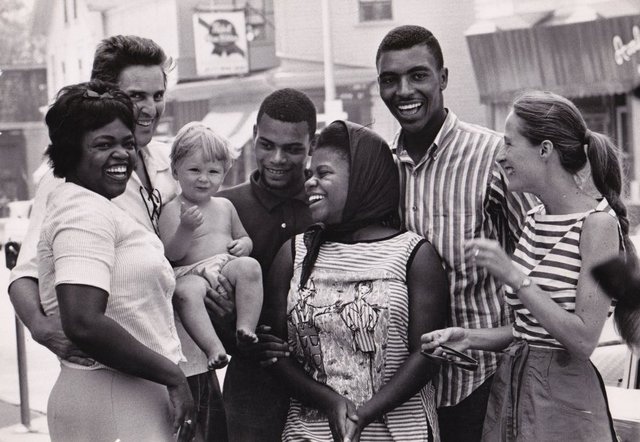