Our hearts go out to the families of those slain in Emanuel Baptist Church on Wednesday night, the congregation, the people of Charleston and beyond, especially our Black brothers and sisters. This race motivated murder is chilling and yet another call to action in the fight against racism and white supremacy and for a just and fair society for all. There will be two calls tonight, one is with the group SURJ to engage White people on how to address Charleston which is at 8EST. For everyone else there is Ferguson Action call at 9EST. Links for each are below 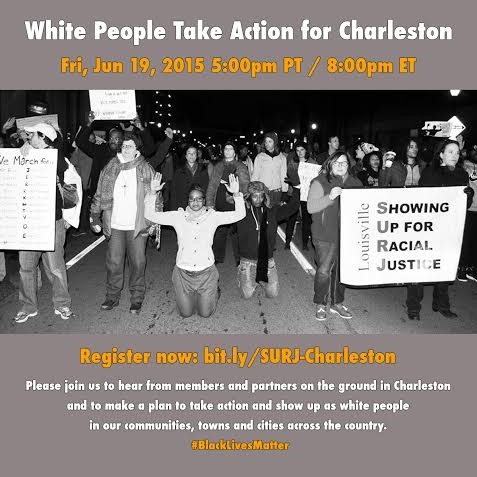 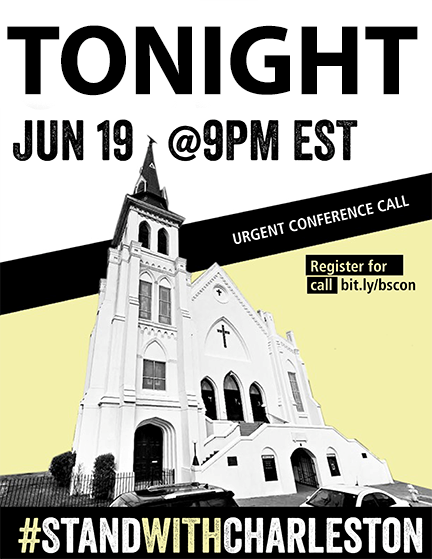